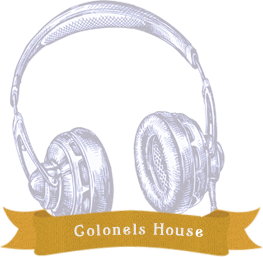 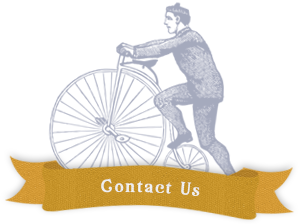 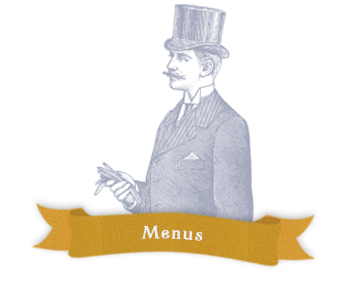 Sign up to our monthly prize draw for a chance to win a meal for two!

Want to make a booking or find out more? Get in touch with our team a who are always happy to help.

Thank you for contacting us. We will be in touch as soon as possible.

Guest's staying with us have access to our brand new Spa facilities, which includes use of our 25m Swimming Pool and state of the art gym, Check-in - Check-out.

Upgrade your stay to include full use of the Spa facilities, including the thermal experience rooms and hydrotherapy pool, purchase a Spa Pass for £30 per person or £50 per couple.

For guests to use the Spa Check-in Saturday a Spa Pass will be required.

Golf Course Dress Code:
Dress must be in keeping with golf course tradition
Men – Slacks, tailored shorts, shirts with sleeves and collars. No denim blue jeans. No board or athletic shorts. No sweatpants.
Women – Sport shirts, tailored shorts, skirts, slacks, skorts. Shirts must have a collar. No denim blue jeans. No sweatpants.
Soft spike golf shoes must be worn

Clubhouse Lounge Dress Code:
Smart, clean and tidy clothes with appropriate footwear
No muddied or wet clothing
No football shirts
No golf shoes or spikes
No caps or hats to be worn inside the Clubhouse lounge

You don't need to be a member to enjoy golf at Ramside Hall...

Ramside Hall Clubhouse has all the facilities you'll need, from a modern well stocked golf shop to a spacious locker room with bucket head showers, sauna and steam room and snooker room. The Clubhouse and Members' Lounge is an ideal place to sit back, relax and refuel after your round of golf and The Ramside Golf Academy is one of the best practice facilities in North East England.

Not just for golfers! Think traditional English classics. In The Clubhouse you will find a light-bite menu, offering tasty dishes from a classic English Breakfast to locally sourced prime beef burgers, homemade soups, gourmet speciality sandwiches and our chef's specials board. All of our food is sourced from local produce in and around the North East. We also have a well-stocked bar with a range of quality wines, beers, spirits and barista style coffee.

To enquire about one of our forthcoming events or for more information please contact our team on 0191 386 9514 or email will.green@ramsidehallhotel.co.uk

A Corporate Golf Day wouldn’t be the same without a memento of the experience.

Our well stocked Golf Shop can offer clients an excellent selection of prizes, from logoed golf balls to clothing, golf bags and shoes. Personalisation is available by prior arrangement.

Every golf day is different, from numbers and aspirations to budgets, and so we recommend giving our golf team a call to talk through your vision for the event.

We are confident that we can find a way to host a successful golf day that will meet your needs and leave you with great memories that you’ll never forget.

Non-members are welcome to use the driving range but the chipping, putting and short game facilities are only available to Ramside Golf Club members, day members (golfers paying green fees of playing on a golf break package) or Ramside Golf Academy members.

The driving range is open 8am until 8pm Monday to Friday and 8am until 6pm Saturday and Sunday.

Come along to one of our fantastic Wedding Showcases that we hold throughout the year. View our fantastic wedding facilities and meet our dedicated team of wedding planners along with our preferred suppliers to the North East Wedding industry.

Date to be confirmed for the next wedding showcase.

Ramside Hall is fast becoming one of the best known venues in the North East for its expertise in Asian Weddings and Events. Our team is familiar with the requirements of such events and we would be delighted to discuss your function.

The Bishops Suite is completely self contained. Our facilities are ideal for your special day, our experienced team will be delighted to help in ensuring Ramside Hall Hotel is the right venue for you.

Welcome to the Porter’s Lounge, reservations can be made for Tipsy Teas, Drinks or Dinner. We welcome parties of up to 8. For larger parties of 8 or more, or if you’re a last-minute Maud and would like to join us this eve, please contact us via the old blower.

Our monthly Howay Hootenanny is well worth a visit.

To ensure we save you a seat to relax and enjoy your favourite tipples, please make a reservation.

A reservation is required. We look forward to the pleasure of your company.

Be sure to reserve a table when dining with us. We hate to disappoint. Much appreciated.

2 for £10 cocktails Sunday to Friday

Spin the Wheel for a chance to WIN!!

2 for £10 on selected Cocktails

Join us at Colonels House with our special guest GRAEME PARK

Our house resident Tony Hutchinson is followed by the legend that is Graeme Park @ Colonels House on Saturday 1st February, 2020

The story of DJ Graeme Park really mirrors the story of the evolution of dance music and club culture itself. As a DJ Graeme was determined to showcase this new style of music, his reputation as a house pioneer soon brought him to the attention of Mike Pickering at the Haçienda in Manchester, and in 1988, he cover for him while he went on holiday. The Summer of Love followed, and Parky quickly became one of the biggest names on the emerging dance scene. Aside from his nine year residency at The Haç, he was one of the first British DJs to play places like Australia, South America,  the USA, Asia and beyond as well as producing and remixing tracks for the dancefloor, including The Brand New Heavies, Inner City, Eric B & Rakim, New Order, Sophie Ellis-Bextor and more. Graeme was there before it all started, he was at the forefront of the dance scene when it was at its zenith and he’s still there, still rocking it, years later. He is one of the most successful house music artist in the world right now and it would be a crime to miss him this Feb in Newcastle.

Get rid of those January blues kids and join us for a swinging good time.

enquiries@colonelporters.co.uk to reserve your space

January dates for the diary

Come along and enjoy a fantastic month of entertainment this January. A whole month of frivolity and fun!